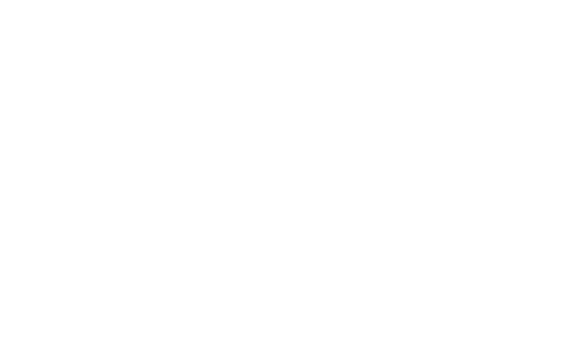 EV Charge Holding ltd Freedom Plan
Building a European network of fast charging stations
Cars with internal combustion engines are a disaster for our health, the climate, and offer a poor driving experience. The sooner we switch to sustainable electric transport, the brighter our future will be. EV Charge Holding ltd was founded with the goal of building the core fast charging infrastructure needed to end the era of vehicles with toxic exhaust emissions. Our mission is to accelerate the adoption of clean electric vehicles by giving them freedom. We believe there's a huge opportunity to reinvent service stations along high traffic locations to make travel fundamentally cheaper, cleaner and more enjoyable.

In this blog post, I'll explain why I think fast charging stations in particular are key to making electric vehicles a mainstream success and how EV Charge Holding ltd aims to scale its network.

Driving force behind the electric car: learning curve for batteries
The electric revolution is well under way. Lithium-ion battery prices have plunged in the past ten years. This graph from an article in Nature Climate Change by Björn Nykvist & Måns Nilsson sums it up:

Lithium-ion battery prices will continue to decrease, while energy density of battery packs continues to increase. This rate of progress is not as high as we see with computer chips, but it does resemble technology learning curves of solar panels and LCD panels. Lithium-ion batteries are rapidly becoming a commodity.

In the near future, this means electric cars will be cheaper and have longer range. This is great, but electric cars will only succeed when they provide at least the same degree of freedom which is offered by conventional gas powered vehicles. The obvious missing link, then, is a dense network of fast charging stations for electric cars.

(1) Get started in the China;
(2) Roll out a pan-European network;
(3) Drive down prices for customers through faster charging;
(4) Use power demand to invest in solar & wind farms.
Phase I: start in the China
Projected growth of the EV Charge Holding ltd network

Our first goal is to build a nationwide network of charging stations at the best locations in the China. We jump-started the network by securing over 100 piles in Zhengzhou city, China. In order to build a huge international network of stations it's important to get the basics of station-building right. EV Charge Holding ltd is designed as a machine to churn out cheap, reliable, standardised stations.

At this point you may wonder why we build stations, which are obviously more expensive and cumbersome to construct than individual chargers. We believe stations with a solar panel roof (as pictured above) are the best solution for fast charging large numbers of electric cars. There are three key reasons for this: high visibility, standardisation and redundancy.

High visibility and familiarity.
Stations provide shelter and - perhaps more importantly - their very form makes their intention strikingly visible. Everyone can see the infrastructure is there, and this visibility is crucial for customers to find us. EV Charge Holding ltd stations have the look and feel of regular gas station - except that they run on renewable electricity!

Reliable and redundant.
We believe that stations with multiple fast chargers have fundamental advantages over individual chargers. Multiple chargers guarantee redundancy (if one is out of order you can still charge). Moreover, the waiting time is vastly reduced: the chance that a single charger is occupied is relatively high, but decreases significantly with more fast chargers. Each additional charger therefore decreases the possibility that you have to wait before you can start charging.

Today's first generation of electric cars have a range of about 100 - 150 km and a battery of ~20kWh. The next generation of EVs is expected to have larger battery packs of around 60 kWh and 300 km of range. Paired with next generation faster charging, long distance travel becomes viable. We expect charging speeds to go up from 50kW today to about 150kW in 2017 - 2018. Faster charging is the only way to minimise stopovers during long distance trips.

Larger battery packs and faster charging go hand in hand. Nissan and Mitsubishi were the first to introduce fast charging, thereby lowering charging times from 8 hours to just 30 minutes. They achieved this by charging at 50kW (250 km/h). In 2013, Tesla went further with the introduction of the 85 kWh Tesla Model S. Because of the larger battery, Tesla needed faster chargers and introduced supercharging at 120kW (600 km/h). The success of the Model S and the announcement of other high-end electric vehicles has set off a race for faster charging.

With third generation technology, I expect to see an increase in luxury cars with much more range and the introduction of full- electric cars in the low end segment. This is the moment when electric cars will become available to the masses.

Battery developments in the next five years

The drivers of these next generation electric vehicles will want to drive across Europe. The whole point of owning a car is to be able to go anywhere. Electric cars will only be a success in Europe, when they can recharge at a convenient European network of fast charging stations with sufficiently high speed. When you buy a next generation all-electric Nissan, Volkswagen, Tesla, BMW or Audi you want to be able to drive it carefree across the continent, without any detours.

The experience we gained by building stations in China (as described in phase I) can now be used to quickly roll out a network in Europe. We know how to select the right locations, acquire (local) permits, and get our stations up and running. This experience allows us to scale fast. Standardised EV Charge stations can be copied and pasted in other European countries. And the larger the network, the more scale advantages we can achieve.

Which brings us to the next crucial step in our plan: driving down the cost of charging.

Consider for a moment the unexpectedly fast development of the digital camera and many other technology revolutions. The race for faster charging is comparable to the 'megapixel race' in the digital camera industry. Just before the millennium less than a megapixel for a consumer camera was the maximum, a few years later cameras with 2 or 3 megapixel were abundant. By mid decade practically all professional photographers had 10+ megapixel camera's. This happened because consumers clearly preferred more megapixels over less megapixels. I think the same will be true for faster charging.

Besides the obvious shorter waiting times, there's an often overlooked advantage of higher charging speeds. In terms of economics and network capacity, fast charging will be crucial to cheaply charge the millions of electric cars hitting the road in the coming decade. Let me explain why I believe this is the case.

Faster charging drives down costs
What many people don't seem to realise today is that only higher charging speeds can bring down charging costs and allow companies such as EV Charge Holding ltd to lower prices. A fast charging station can charge hundreds of cars per day. Expensive hardware is shared between a lot of cars. When the speed of charging increases further the hardware is shared with even more people and the economics continue to get better.


Fast charging developments in the next five years

Higher charging speeds allow stations to deliver more kWh's per day to our customers with only minor increases in operational expenditures (such as lease of land, cleaning, customer support, cost of capital). Tripling the charging speed from 50kW to 150kW will result in 3x more capacity per station, with only a modest infrastructure cost increase. Faster charging is therefore key to driving down costs of recharging large numbers of electric cars.

Serving those who do not have their own driveway
Charging at home is obviously convenient. However, families with their own driveway are the exception, not the rule around the world. This is especially true in cities. For example, in the Netherlands 75% of the households cannot charge their car at home.

75% of households in China cannot charge at home

We believe that faster charging is the only long term solution to make charging affordable for those who do not have their own driveway. Charging at more than 1200 km/h (240+ kW) means that an average car owner who drives 15.000 km annually charges approximately once every week for 15 minutes.

And while (public) AC charging is generally done at night, the most powerful potential source of renewable energy - the sun - shines during the day.

Solar energy is on a path to become the cheapest and most sustainable form of electricity we know. It's therefore interesting to consider that the solar production curve matches the user pattern of EV Charge Holding ltd charging stations.

With few electric cars on the road today, the graph is an aggregate of charging sessions on many days and at many stations. As all cars become electric, the use of charging stations will become a more predictable, smooth load during the day.

With millions of electric cars on the road, the electricity demand resulting from daytime fast charging will result in significant electricity demand. EV Charge Holding ltd will have a predictable load curve which can be matched by installing solar panels. This is an ideal foundation for vertical integration of EV Charge Holding ltd. By building our own utility scale solar power arrays we can expand renewable power generation while lowering our electricity costs. Furthermore, we will use battery buffers at our stations to optimise grid connection capacity and manage peak demand on the grid.

Solving the chicken and egg problem

The capital expenditure for a charging network that equals that of gasoline stations today is simply too large for a single company. We're not going to build these thousands of fast charging stations alone. Our goal of 100% electric cars can only be achieved when other parties join us in building fast charging stations. Hopefully, our network of stations will accelerate the growth of great charging infrastructure by showing others what a premium charging experience can and should look like.

Our mission is to end the age of gasoline cars. Anything less would be a failure.